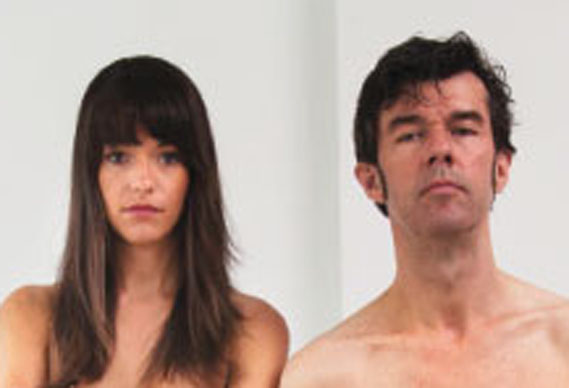 Some controversy has recently surrounded Sagmeister & Walsh’s mailer campaign that features both partners naked on the card.

The mailer announced Sagmeister and Walsh’s recent business partnership. It’s one of many campaigns that has seen Sagmeister get naked in the name of self promotion. Jessica Walsh is a 25 year old art director with an impressive portfolio but many have judged her decision to pose naked with Sagmeister as a negative. I don’t believe this to be the case.

I think the image they have used for their mailer is effective on a couple of levels. Firstly it polarises people and opens up debate. It encourage conversation about the inherent sexism in the design/advertising industry (which is just a reflection of society as a whole). You only have to read some of the posts flying around on blogs regarding Jessica’s body image. It’s clearly apparent more needs to be done in educating the industry about what sexism is and how to eradicate it.

As some bloggers have mentioned, Jessica would be well aware of the barriers women face in the workforce. She would also be aware that she will be judged by certain people for her decision. But it’s those that don’t judge her that is important. There are those that identify with what she is doing and respect her decision. This can only work in her favour. Thanks to this mailer, Jessica will draw alliances and attract ventures with people that have similar beliefs to herself. It’s certainly ‘exposed’ me to her creative work and I’ll be watching her new partnership with interest.